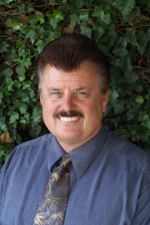 Doug has been teaching philosophy classes in the Ventura County Community College District since 1996.  He is a retired law enforcement supervisor and taught classes in the Administration of Justice at Santa Barbara City College.  While in law enforcement he attended the Master Instructor Development Course in Sacramento and provided Instruction at the Ventura Police and Sheriff’s Academy during the 1990s. Doug is well schooled in adult learning strategies and employs a wide variety of instructional methodology in his philosophy courses. In 2005 Doug received the Wallace Stevens Award for excellence in teaching from Oxnard College.  He began teaching Social Ethics at California Lutheran University in 2004.  Since that time he has added a course in Technology and Value.  This latter course transitioned to an online format in 2010. In January 2013, Doug was promoted to a Senior (Adjunct) Lecturer in Philosophy at CLU.

B.A. with high honors in Philosophy from the University of Lousville

M.A. in Philosophy from the University of California at Santa Barbara

Introduction to Philosophy: Understanding the Basics

A companion Guide for On-line, Hybrid and Telecourses