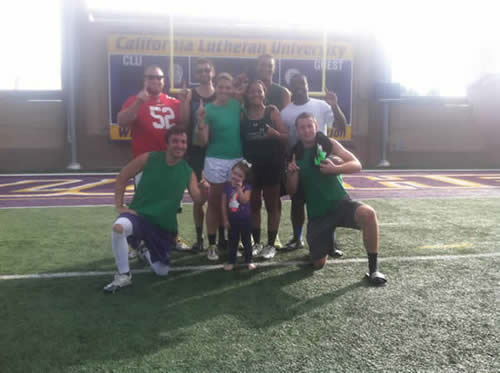 8-on-8 Flag Football will be played on Sunday, November 13th in William Rolland Stadium*. Co-ed teams require a minimum of 4 males and 4 females to field a full team. The game consists of two, 18 minute halves with a running clock, on an 80 yard field.

I. Conduct and Sportsmanship

Note: * indicates loss of down;

+ may result in disqualification    and ejection