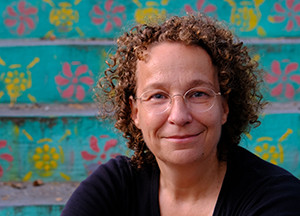 In the 20th century, interactions between the Dutch and the Spanish-speaking Caribbean were mostly centered on business transactions and labor migrations, resulting in various forms of cultural exchange. However, lesser-known “exchanges” were also a vital part of the region’s political and economic engine, including a state-regulated migration program for sex workers in Curaçao and Aruba, a religious mission serving the Trujillo dictatorship agenda, and political activism in the Dominican Republic and the United States with connections to the Garveyism movement, Black labor and communist organizations.

Margo Groenewoud, PhD, is a Dutch Caribbean lecturer and researcher working at the intersection of humanities and social sciences. She was educated at Leiden University in the Netherlands and has been working at the University of Curaçao in various roles since 2008. As a social historian she specializes in the 20th-century Caribbean, with interests in social, cultural and intellectual history, migration histories, social justice and resilience, and the strategic development of digital humanities. She is a 2022-2023 Fulbright Scholar-in-Residence at The City College of New York working on 20th-century Dutch-Spanish Caribbean affairs.

The event is free.

Department of Languages and Cultures