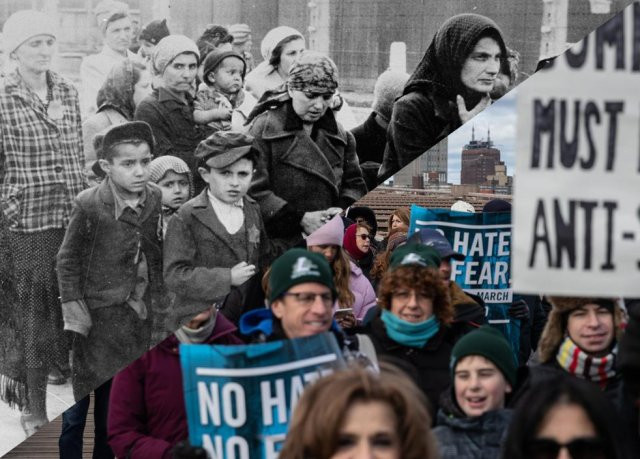 Alarming acts of antisemitism have been on the rise, from damaging conspiracy theories and misinformation to denial and distortion of Holocaust history. Join us for an evening of hope as we remember those lost to hate. Encounter the reality of the Holocaust as we screen footage from the U.S. Holocaust Museum, exploring the history of antisemitism and its tragic effects in Nazi Germany.

Hosted by the Pearson Library and Campus Ministry, we will investigate the origins of antisemitism and its resurgence in the United States today. We will discuss the role of propaganda in stoking a climate of hate, from 20th Century broadsheets to modern day memes. Hosts and guests will engage in a panel discussion.

There will be an interfaith candlelight memorial service following the night’s presentation at 8 p.m.