First year students may pick up their copy of the reading at the Student Union front desk.

Past Works by Faculty 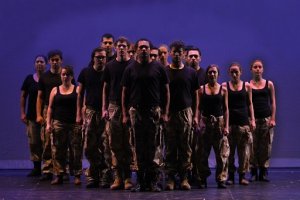