The Life, Times and Works of the Remarkable Winsor McCay 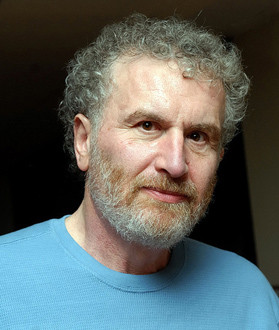 One of the superstars of early 20th Century pop culture is the now mostly forgotten pioneer animator and political cartoonist Winsor McCay. Often called the “father of the animated film,” His most fabled comic strips “Dreams of a Rarebit Fiend” and “Little Nemo” ran for years.

McCay was also a successful entertainer on the vaudeville stage where he combined “live drawing” performances and his early animated films. The great Looney Tunes animator Chuck Jones wrote,“After McCay’s animation it took his followers twenty years to figure out how he did it.  The two most important people in animation are Winsor McCay and Walt Disney and I’m not sure who should go first.”

We’ll also look at a re-enactment of McCay’s live performance with his most famous animated character “Gertie the Dinosaur”, recreated by Walt Disney.

Matthew Weisman received his MFA in Film from Columbia University School of the Arts where he also taught classes in Cinema Studies. He has taught several continuing education courses in film and television history and appreciation both online and in the classroom.

Registration is required. Each independent, 2-hour lecture is $10.

Fifty and Better was designed to offer university-level courses and lectures (no tests, no homework) taught by experts in the field, and to host social engagement activities for people age 50 and older. All two-hour lectures in the FABulous Summer Lecture Series are open to all ages.